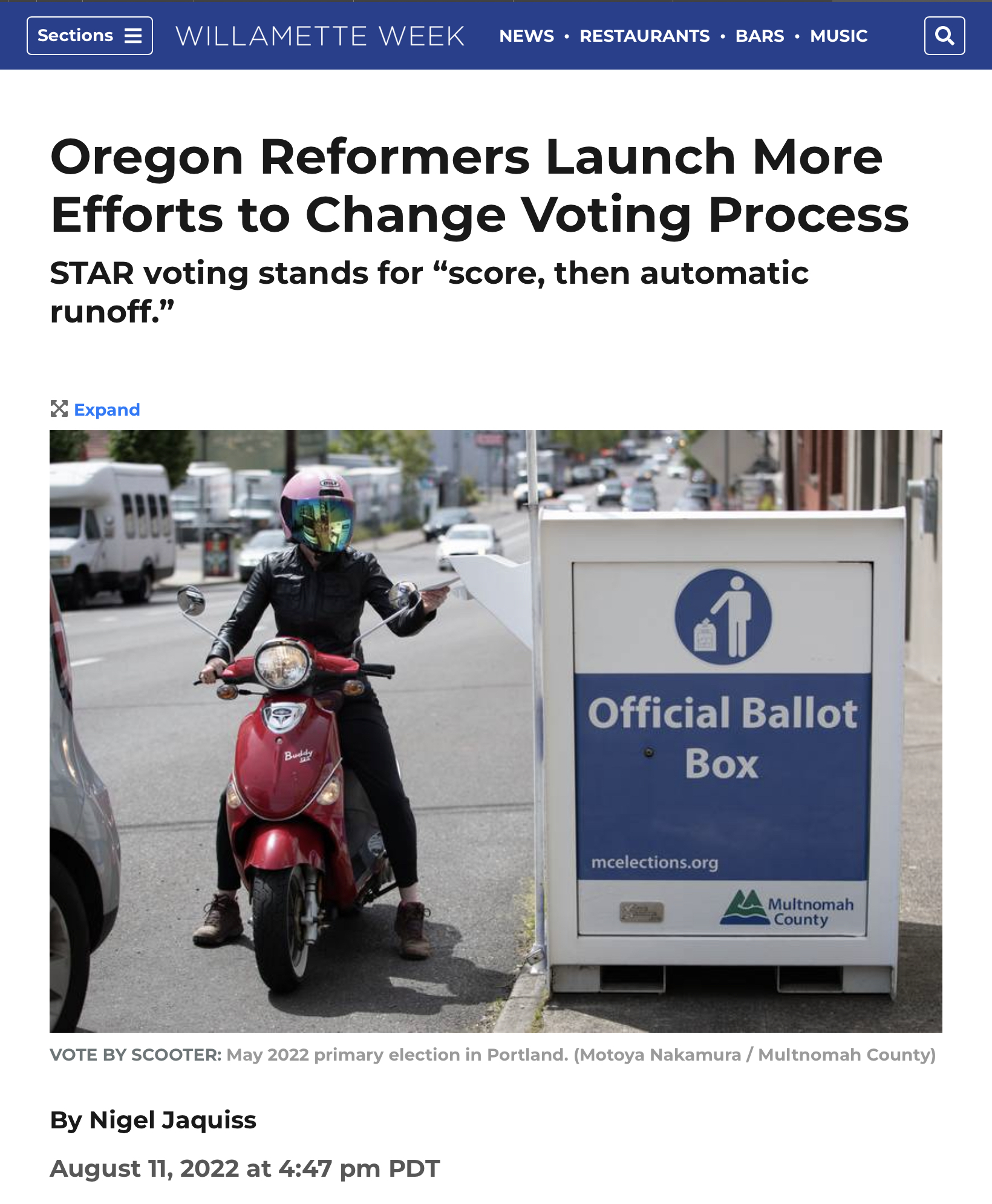 Read the rest of the article on the Willamette Week site here.

*This article refers to STAR Voting as "another version of ranked-choice voting" and then goes on to state that "ranked-choice voting moderates partisan extremes". STAR Voting is a different voting method from Ranked Choice Voting and better delivers on the goal of moderating partisan extremes. Ranked Choice Voting has been shown to exacerbate polarization. Additionally, STAR Voting does not "winnow out the lowest scorers in a series of tallies" as the article states; STAR Voting tallies ballots in two rounds. First, add up the scores from all the ballots. The two highest-scoring candidates are finalists. In the second round, each voter's full vote goes to the finalist they scored higher; the finalist with the most votes wins.