Depending on the number of winners in a given election and the type of representation you are looking for there are three main types of STAR Voting which can be selected for electing leadership.

All three types of STAR Voting use the same familiar 5 star ballot, and all three encourage the same honest and expressive voting behavior. Single-winner, multi-winner, and proportional representation each have their advantages and best applications, so weigh the options carefully and consider what features are your top priorities.

What type of STAR Voting is right for each election?

Single-winner STAR Voting is ideal for single-winner district elections, some councils or legislatures, and for executive offices like mayors, governors, and presidential elections.

Single-winner STAR determines the first winner, and the same process is repeated to determine the second winner, and so on, until all seats are filled.

Bloc STAR is ideal for multi-winner elections where the goal is to elect or advance majority preferred winners with the strongest popular support. Bloc STAR may be a good choice for some councils or delegations where ensuring geographic representation is not relevant, or where further subdividing an area or electorate wouldn't make sense.

Bloc voting and multi-winner elections in general should never be used in elections where geographic representation is important. This is especially important in jurisdictions where minority populations or factions are clustered in one sector of a multi-seat district. At-large bloc voting in general can and has been used to prevent minority populations from getting representation who would have otherwise been able to win representation in a single-winner district, and was banned in the Voting Rights Act for this reason.

Five star ballots are filled out as above and then are tallied for proportional representation.

Proportional STAR is for multi-winner elections where the goal is to elect a diverse body. Proportional representation ensures that factions are represented proportionate to the number of voters supporting each. If there are three winners in a multi-member district, then a candidate will need to be supported by a third of the electorate to earn a seat.

Winners in Proportional STAR Voting are selected in rounds. Each round elects the candidate with the highest total score, and then designates a quota worth of that candidates strongest supporters as represented. (In the example above the quota would be a third of the voters.) Subsequent rounds include ballots all voters who are not yet fully represented and the process repeats until all seats have been filled. 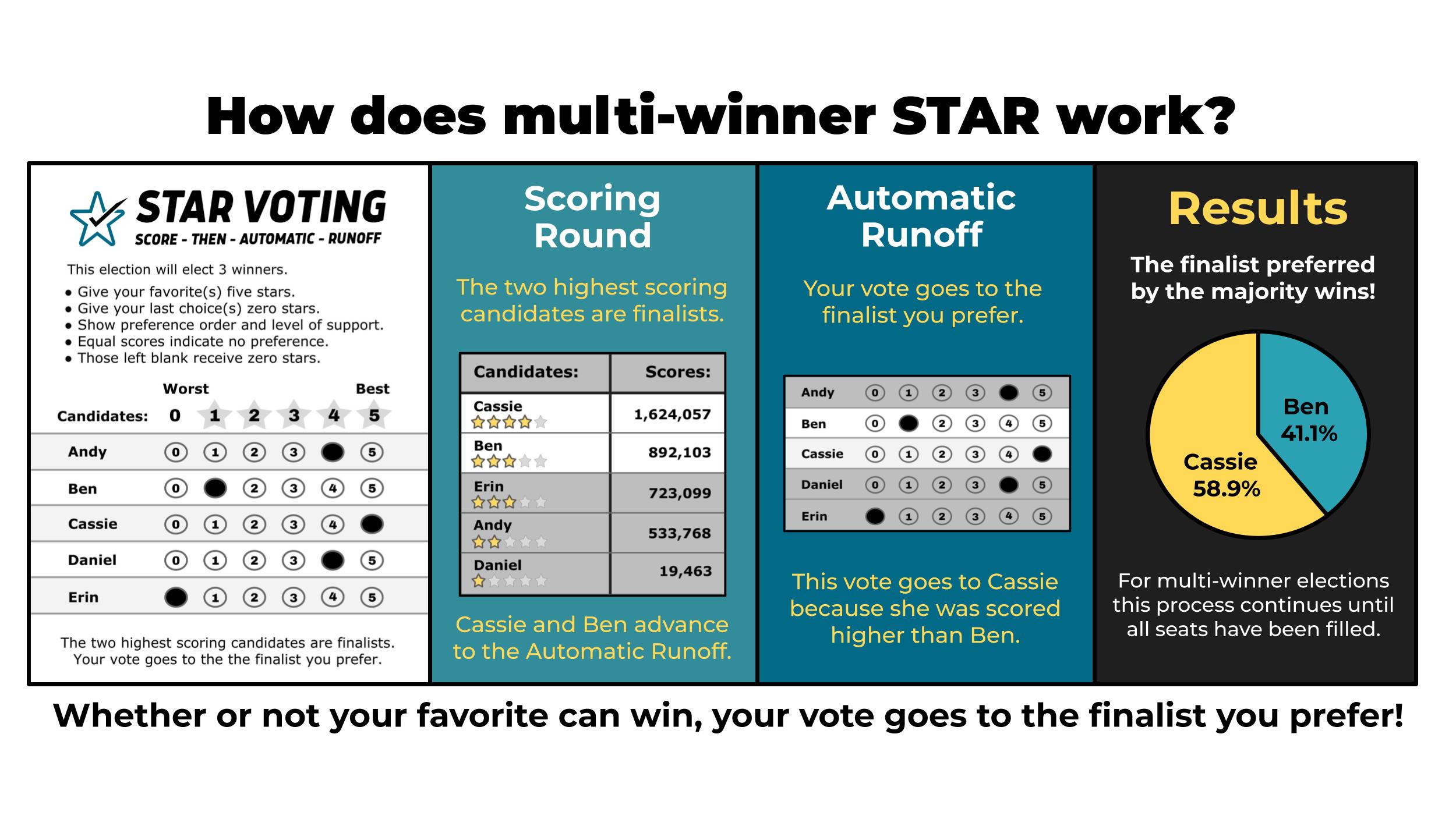 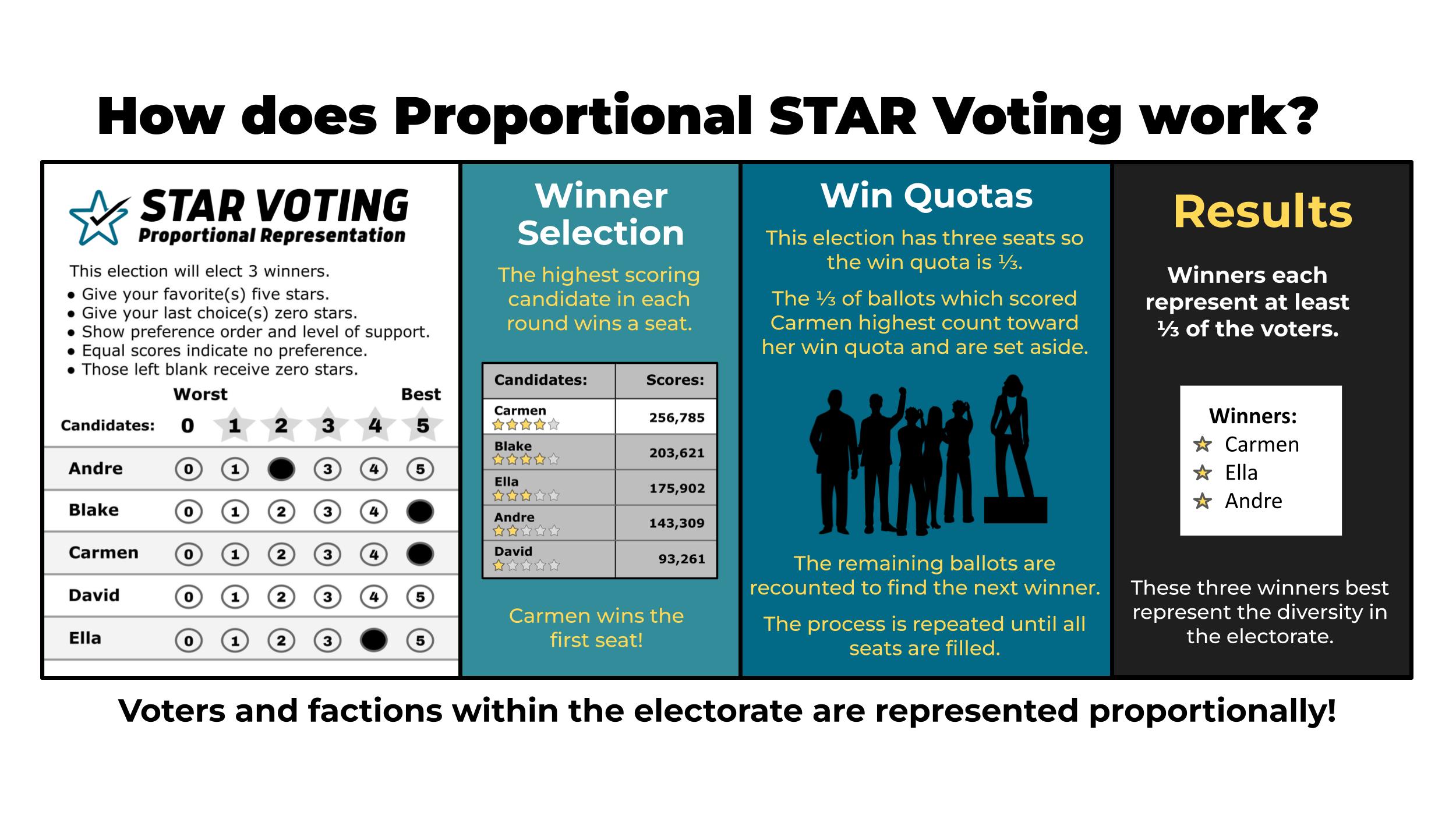