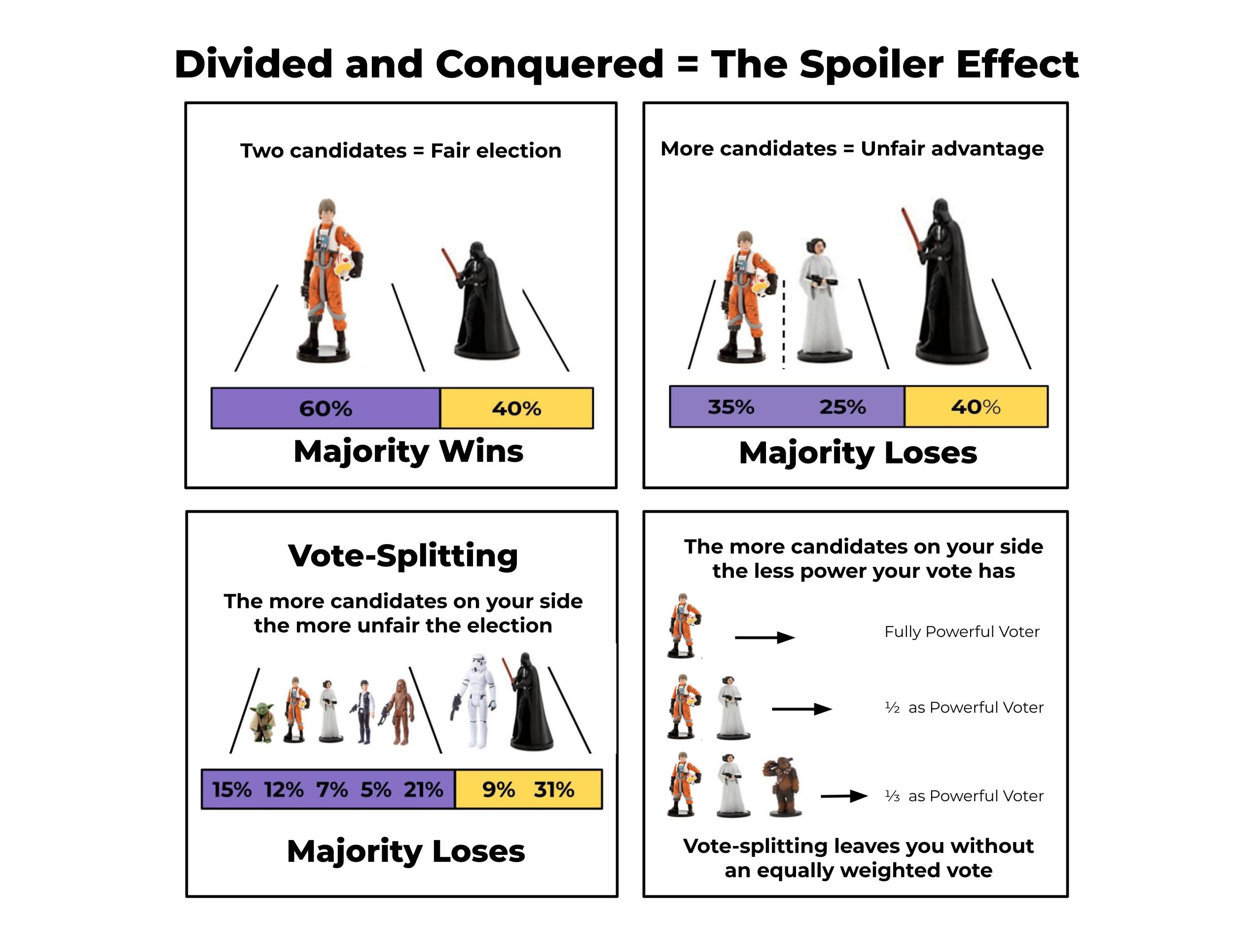 2. Once we solve the spoiler effect, we don't need to have 2 elections:

3.     Magnifying the influence of Money in Politics