We are excited to announce that Representative Zach Hudson, Chief Petitioner of STAR Voting for Troutdale, and former Troutdale, OR City Councilor, submitted our proposal for a 'STAR Voting for Oregon' bill in the Oregon legislature's long session in 2021. Bills to provide statewide support for local adoption efforts and to convene a task force to study voting reform were also submitted. Our bills and other bills on voting reform didn't make it out of committee in the long session, but we meet with many legislators, raised awareness massively, and plan to keep up the fight in the upcoming 2022 short session. Learn more about current and efforts to adopt STAR Voting at the STAR Voting for Oregon campaign page.

What STAR Voting for Oregon does:

We are reaching out to representatives and senators to sign on to support the next incarnation of this bill in the upcoming 2022 short sessions of the Oregon Legislature.

Related and Competing Legislative Bills in the 2021 Long Session:

The 2021 Legislative Session introduced are a number of bills which impact voting reform. Some of these bills would help facilitate the adoption of STAR, some would compete with or have the potential to derail the adoption of STAR Voting. Some would adopt other alternative voting methods, such as Ranked Choice or Approval Voting. Here were our recommendations for those bills (download a pdf copy here): 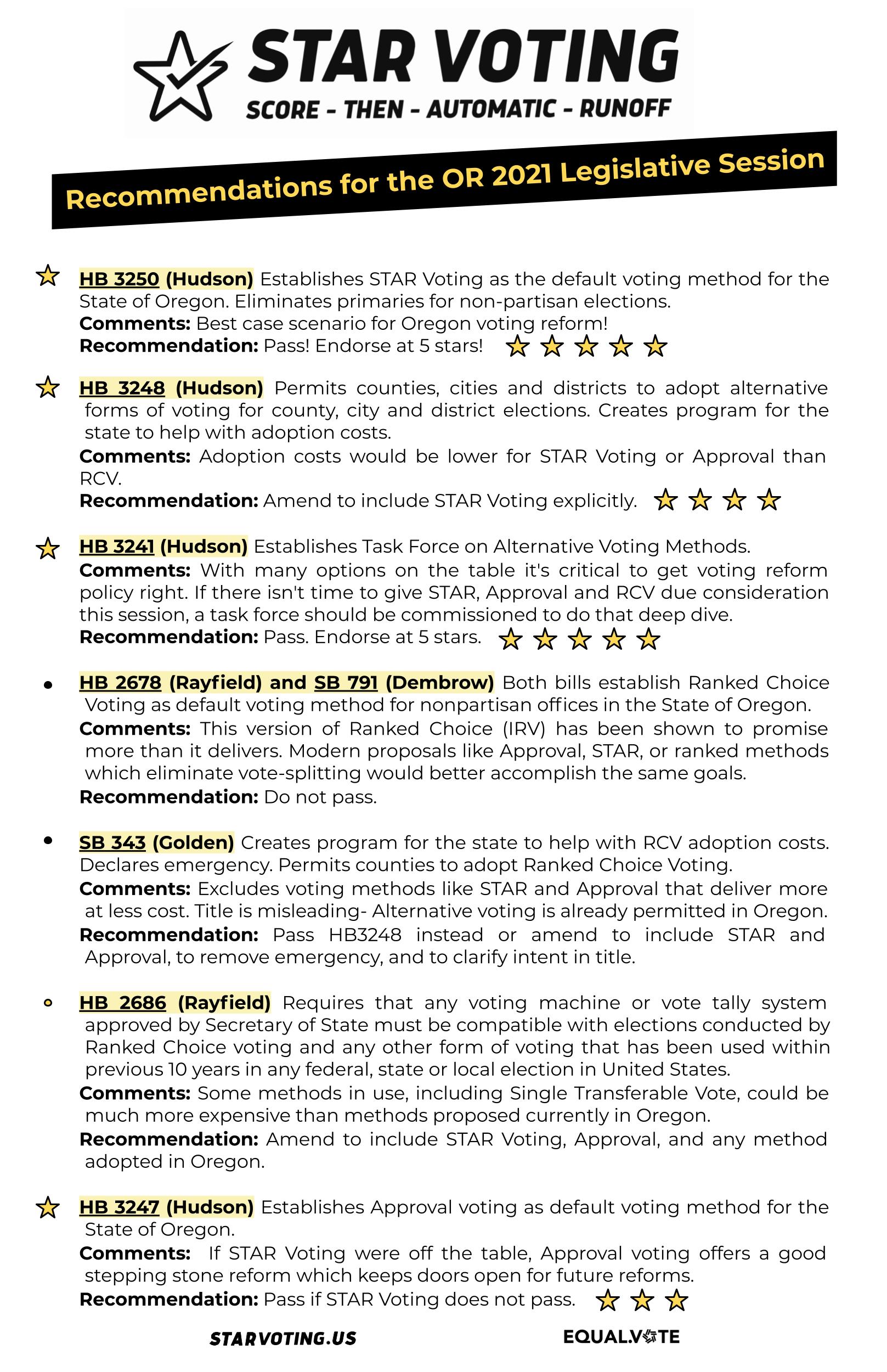