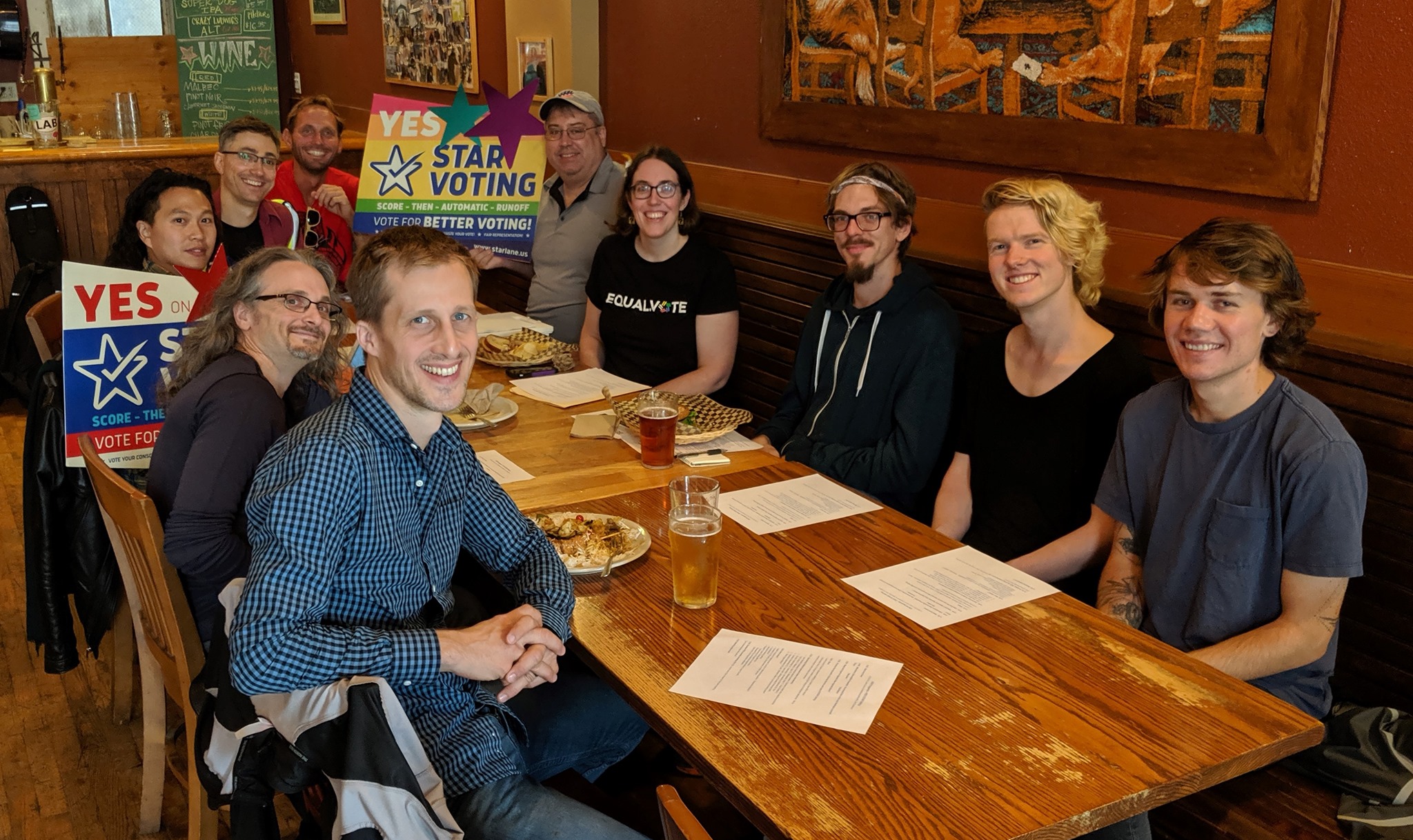 Are you motivated to make elections work better for everyone in Portland and Multnomah County? We would love to have you join us! We're working to make STAR voting a priority for Portland city elections, as well for municipalities and organizations throughout the county.

The best way to get involved is to join our monthly meetings. Find the next one on our Events Page.

Want to get started now? Here are some things you can do right away:

Learn about STAR voting. Create your own polls at star.vote. Check if your company, nonprofit, or union would like to use STAR voting.

If you are a registered voter living in Troutdale, print and sign the ballot initiative, then mail it in. The petition text can be found here.

We are accepting tax deductible donations through the Equal Vote Coalition.

For more information, or to find out more ways to get involved, reach out to [email protected]

We have a specific need for volunteers who are skilled in the following:

The following positions are open:

2016: RCV Oregon's Portland Chapter started meeting November 2016 with the idea of launching a Ranked Choice Voting ballot initiative. So naturally everyone was surprised to find that the group wasn't fully sold on RCV and that a large percentage of the members preferred other voting systems, like Score Voting, Approval Voting, and even a new system called Score Runoff Voting (now known as STAR Voting.) Everyone agreed that all the options on the table would be an improvement, but it was clear that the group needed to do some homework and build consensus before determining which proposal had the support needed to take it from the drawing board and put it successfully on the county charter.

2017: The group launched into a 4-month process with over a hundred people actively meeting regularly and engaging across a number of forums, with thousands more following our progress. Getting educated and debating the issues was a priority, and once the membership felt confident that they could make an educated decision, a vote was scheduled and promoted a month out. In April 2017 RCV-OR hosted a public meeting to decide on a voting system to take to a ballot initiative.  STAR Voting won that vote by a significant margin.

At the general meeting it was also decided to still support RCV where it's been passed, and to consistently affirm that RCV is a better choice than our current Choose-One system (aka Plurality Voting or First-Past-the Post), but that RCV would not be the goal for new initiatives.

2018: On March 25th, 2018 the Portland Chapter of the national organization Represent.Us met with the Equal Vote PDX Chapter and voted to coalition and merge so that the two groups could function as one. The chapter was instrumental in launching the "STAR Voting for Multnomah County" ballot initiative, which was met with broad support in the local movement. Due to a shortage of funding, it didn't make the ballot, but the movement is ongoing and plans to continue organizing around implementing STAR Voting for Portland, Multnomah County, and surrounding areas.

2020: A ballot initiative to put STAR voting on the ballot in Troutdale, OR was launched this summer. While Covid-19 has presented challenges, we are working on creative solutions to canvassing during a pandemic. Simultaneously we are advocating for STAR voting in Portland city elections and other local organizations and government entities.