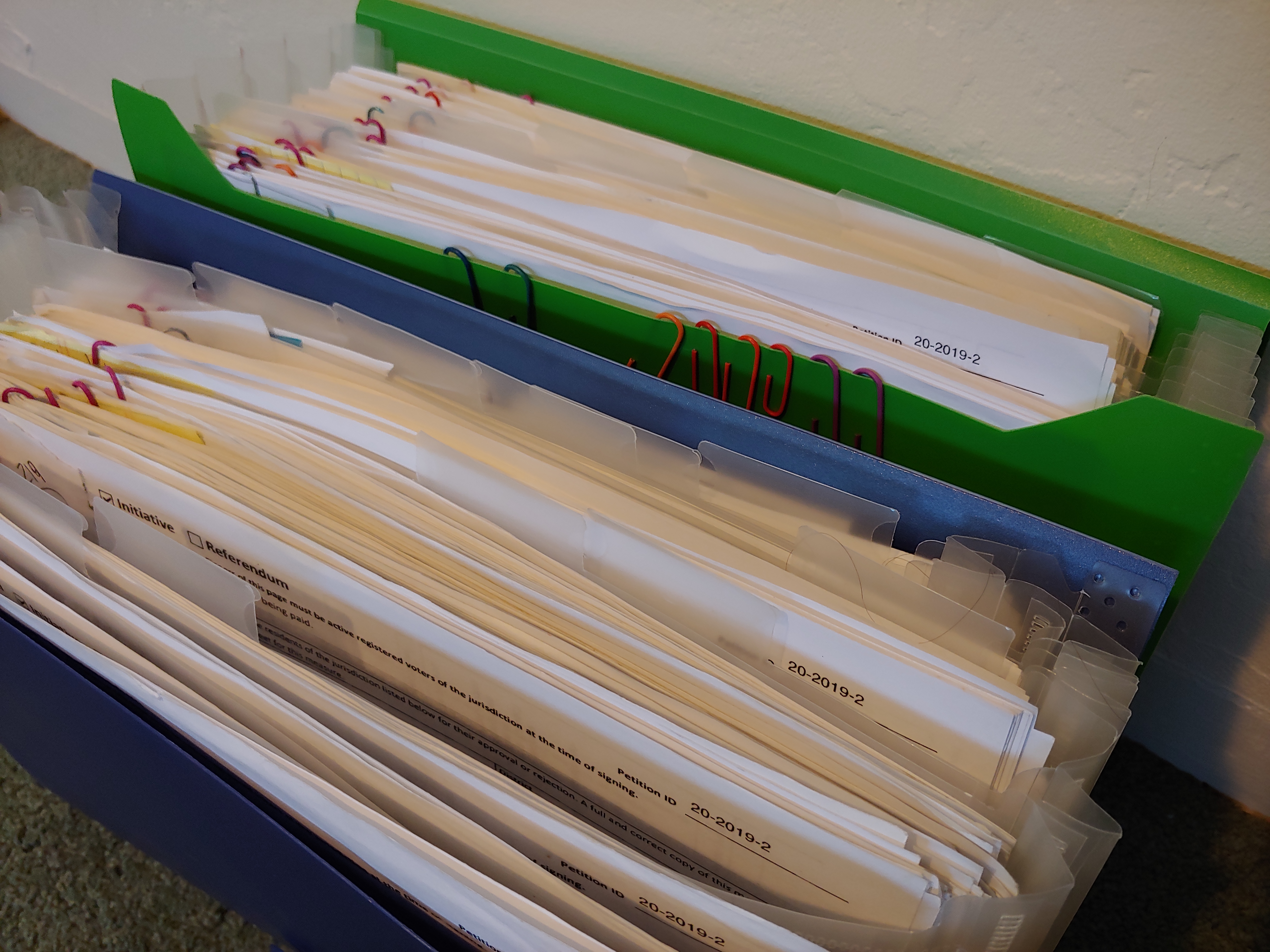 6,911 signatures were collected in the first six months of the Lane County 20-2019-2 ballot initiative signature drive before the Covid-19 pandemic hit and the canvass was suspended due to public safety concerns.

A simple change that could have a huge impact:

We need to raise awareness about this injustice and violation of our rights. The US Bill of Rights 1st Amendment explicitly upholds the right of the people "to petition the Government for a redress of grievances," and Oregon Law clearly creates and protects the rights of the people to use the ballot initiative process to bring about needed change in government. The signatures collected by the STAR Voting for Lane County (Petition 20-2019-2) represented roughly 500 volunteer hours, by dozens of earnest volunteers engaging in the civic process in good faith. Those citizens deserve better.

On August 1st 2019 the STAR Voting campaign launched a new STAR Voting for Lane County ballot initiative, concurrent with a sister-campaign for STAR Voting for Eugene. The initiative had 2 full years to collect the signatures and six months later, with volunteers only, we had almost 7 thousand collected out of 14,174 verified signatures needed by the time the Covid-19 pandemic hit. With two of our canvassers already sick we made the hard decision to suspend the canvass on March 1st, 2020. At that time, we reached out to Lane Elections and the Secretary of State to notify them that for safety reasons we had made this difficult call and to request alternative canvassing options and an extension to make up for this lost time. These requests were renewed again when it became clear as the pandemic dragged on with no end in sight. We never received a reply or recourse from either.

It's important to note that aside from in-person canvassing at the Lane County local level at that time there was no other signature collection option available. When we launched we had asked about online options and had been told that e-signature sheets (which had been available in past years) were no longer available because they had proven to be ineffective, were cost prohibitive for most campaigns to use effectively, and ultimately were deemed useless. At some point in 2020 this decision was apparently reversed, but we were not notified that e-sheets were available until we finally received a reply to further inquiries in early 2021.

With the August 2021 deadline growing close and with cases reaching new all time highs in Lane County we redoubled our efforts to receive an extension but despite being told through backchannels that the majority of the Lane County commissioners supported the idea, it never came to a vote.

STAR Voting for Lane County is our flagship campaign and has been a central focus of the STAR Voting project since 2017 when we launched our first petition drive. In under 100 days, the team was able to collect the signatures needed to qualify for the ballot, and in November 2018 measure 20-290 came up for a vote. The petition narrowly lost, falling just 2% short of a majority.

That said, the campaign had faced a number of barriers which could have made all the difference: